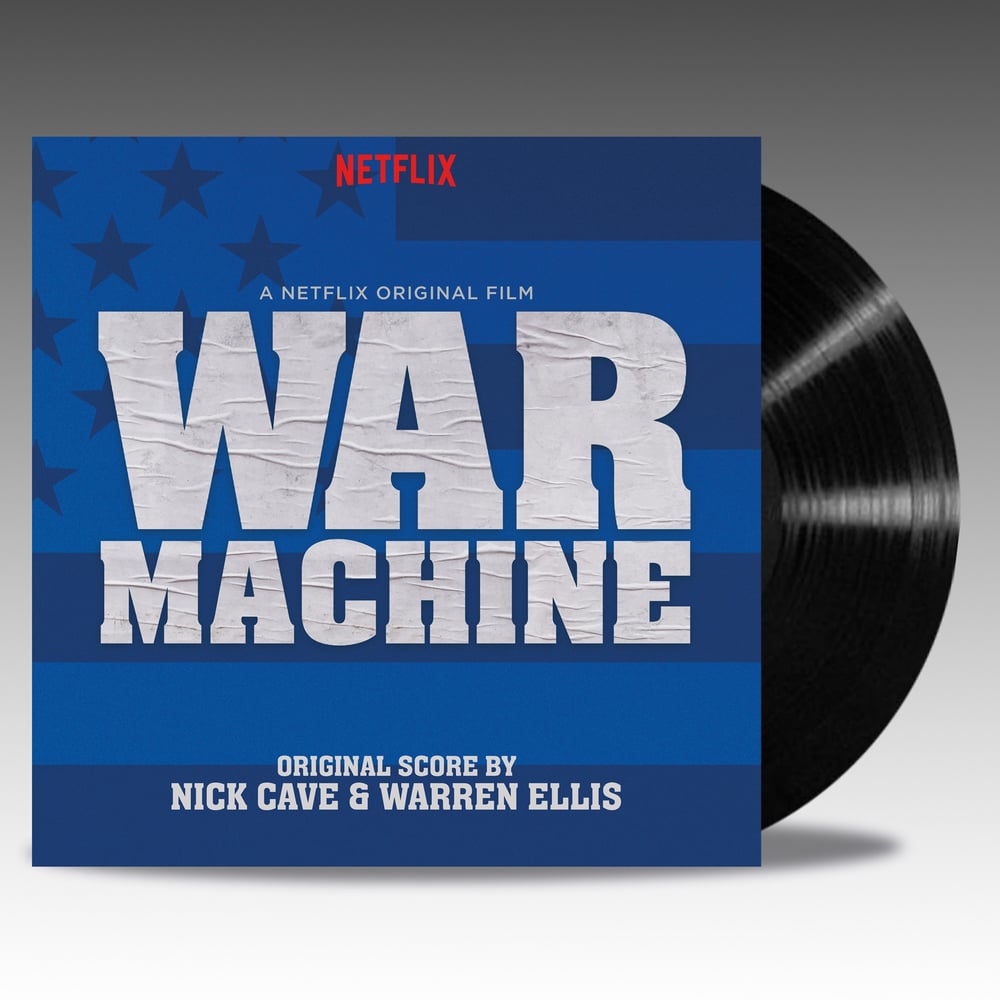 The score is pressed on 2 x Black Vinyl and housed in a deluxe heavyweight gatefold sleeve with beautiful art and stills from the film.

The vinyl is cut at 45rpm for optimal audio quality!

War Machine is a new Netflix film, directed by David Michôd and starring Brad Pitt, Tilda Swinton, and others.

Military snares set a sharp cadence beneath the score’s eerie synths and strings, instantly reminiscent of Skeleton Tree by Nick Cave & The Bad Seeds, and the beautiful Hell Or High Water score.

“Together we made a score that was both light and dark, propulsive and meditative at the same time. We developed a kind of ‘spiritual electronics’ that captured both the melancholy and the terrible absurdity of the Afghan war,” Cave and Ellis said in a press release. “It was a great pleasure to work with David Michôd, who is not only an extraordinary filmmaker but a musician too. Our favorite score!”