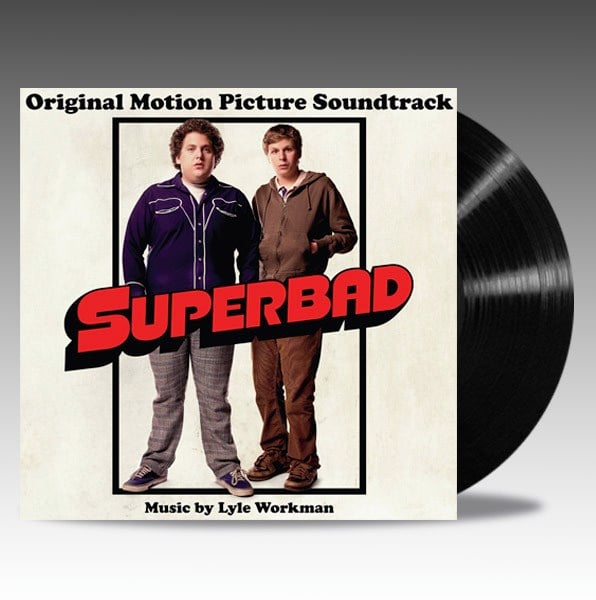 First time on vinyl for this classic soundtrack!

Operating under the assumption that by procuring alcohol for an upcoming party they will finally be able to break their longstanding losing streak with the fairer sex, socially inept high school seniors Evan (Michael Cera) and Seth (Jonah Hill) set out to secure the adult beverages that could get them off of the geek list before they even attend college orientation.

Evan is a bright young student whose outward sweetness belies his suffocating fear of heading off to college without his lifelong best friend Seth -- a hormone-driven mischief-maker who wasn't accepted to the same school as Evan. But Evan and Seth both know that college is a place of personal reinvention, and that if they are able to make that first leap together they will have forged a bond powerful enough to last a lifetime. Meanwhile, Evan and Seth's friend Fogell (Christopher Mintz-Plasse) acquires a hastily rendered fake I.D. that instantly endears him to a pair of truly irresponsible cops (Bill Hader and Seth Rogen).