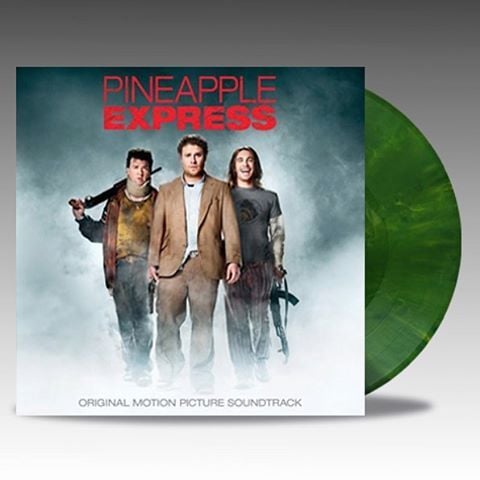 Previously released on CD and digital in 2008, this is now out on double vinyl for the first time. Features music from the blockbuster hit film, with artists including Cypress Hill, Humble Pie, Public Enemy and Huey Lewis.

Pineapple Express is a 2008 American stoner action comedy film directed by David Gordon Green, written by Seth Rogen and Evan Goldberg and starring Rogen and James Franco. The plot concerns a process server and his marijuana dealer friend forced to flee from hitmen and a corrupt police officer after witnessing them commit a murder.