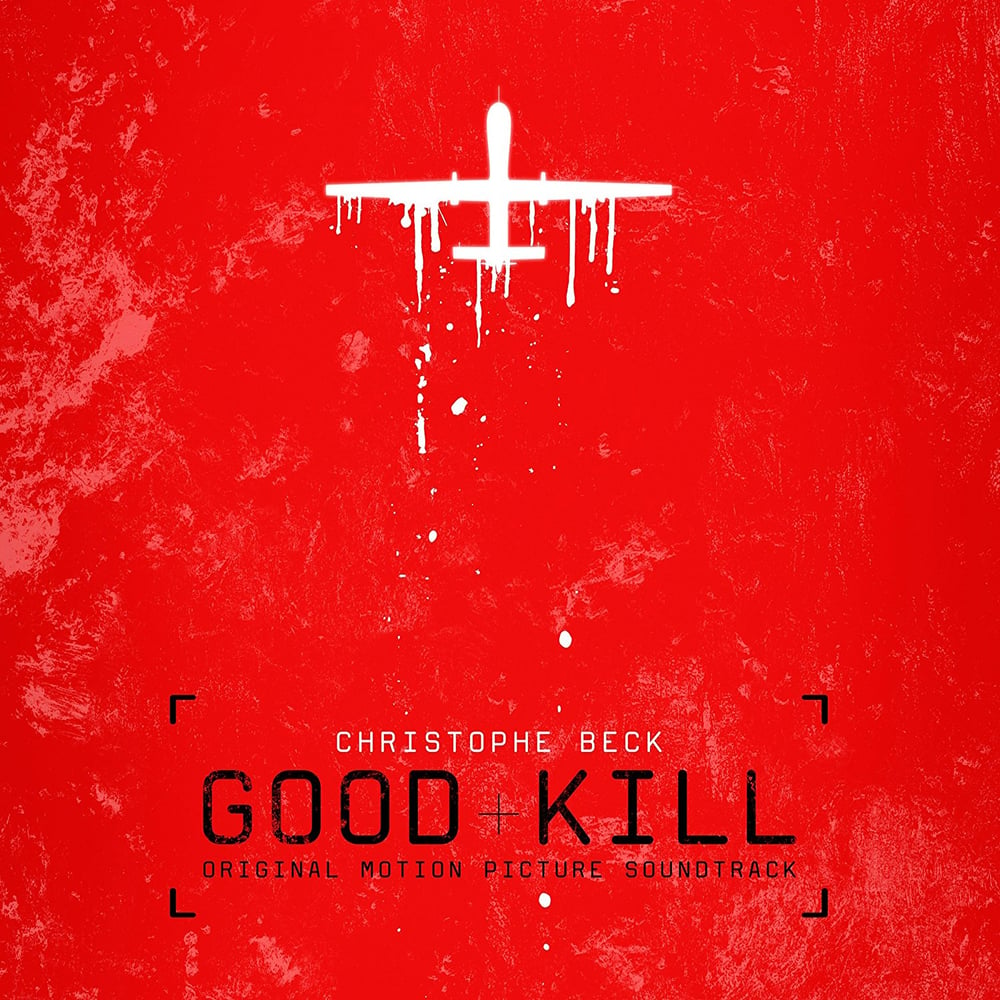 A Las Vegas-based fighter pilot turned drone pilot fights the Taliban by remote control for 12 hours a day, then goes home to the suburbs and feuds with his wife and kids for the other 12. But the pilot is starting to question the mission. Is he creating more terrorists than he’s killing?

Is he fighting a war without end?

Christophe Beck is a master of disguise and every score by him is a surprise. -Soundtrack Dreams.