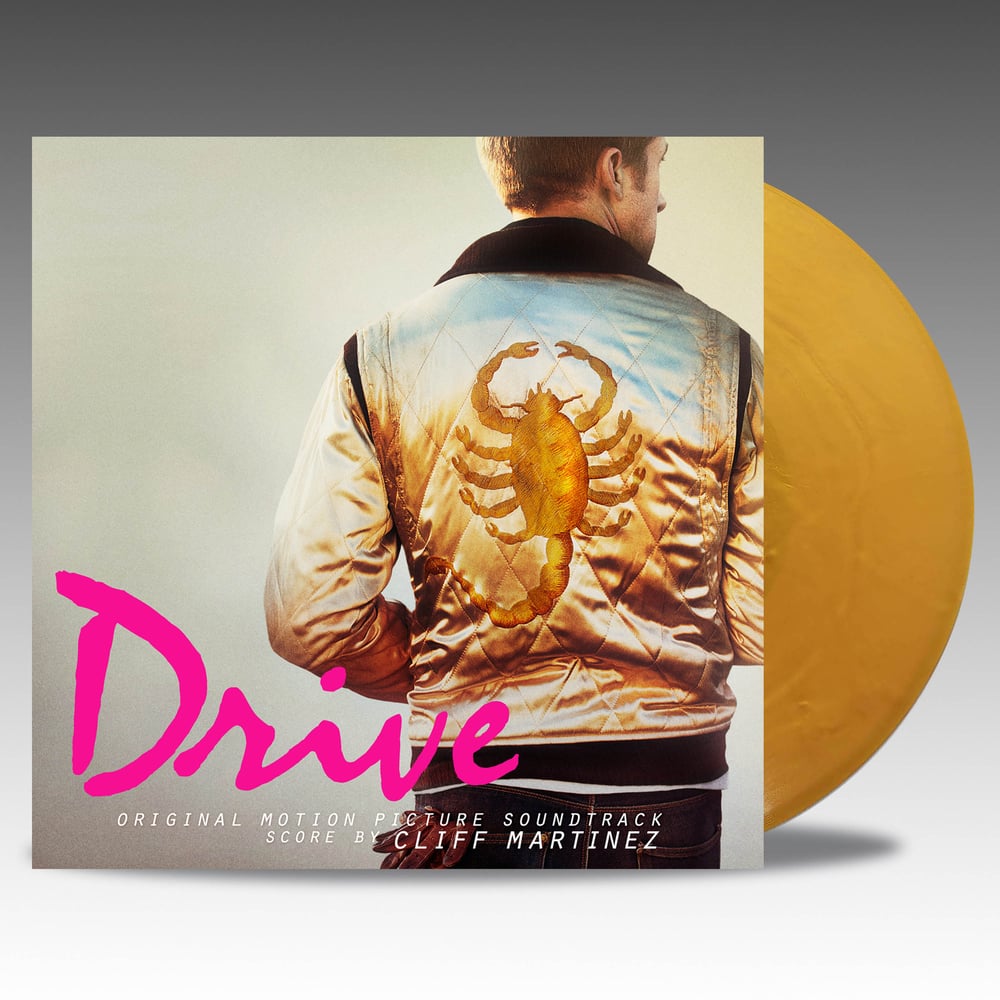 The timeless soundtrack for Drive is now available on 'Satin Gold Vinyl'.

The Drive soundtrack raced to the top of the iTunes album charts, hitting No. 4 within a week of its digital release and peaking at No. 35 on the Billboard Top 200. The soundtrack re-entered the charts in February 2012 when the film was released on DVD.

“One thing that was unique for me about this project was having songs exert such a strong influence on the score,” said Martinez. “That helped to create a unified, one-size-fits-all, style of soundtrack…the 80s electronic pop style made a lot of sense to me. I knew that Nicolas [Refn, director] was in love with that sound and I saw a way to acknowledge it with vintage synth sounds and cover most of the dramatic food groups while referencing that style.”

This blending of score and song is the perfect vehicle for Cliff Martinez. Martinez moved to California in 1976, just in time for the punk movement. He had stints as drummer for the Weirdos, Lydia Lunch and Foetus frontman Jim Thirlwell, the Red Hot Chili Peppers and the Dickies. He was also the drummer in the final incarnation of legendary iconoclasts Captain Beefheart and the Magic Band.

Martinez has since received compositional credit on many of Steven Soderbergh’s projects including Kafka, The Limey, Solaris, Gray’s Anatomy, Schizopolis, Traffic (which earned four Oscars and earned Martinez a Grammy nomination), and the upcoming film Contagion. He also composed the music for Espion(s) and A L’Origine, two French films released in 2009 - the latter earned a Cesar Award nomination for best original score. His other credits include Pump Up The Volume, Wicker Park, Wonderland, and The Lincoln Lawyer.