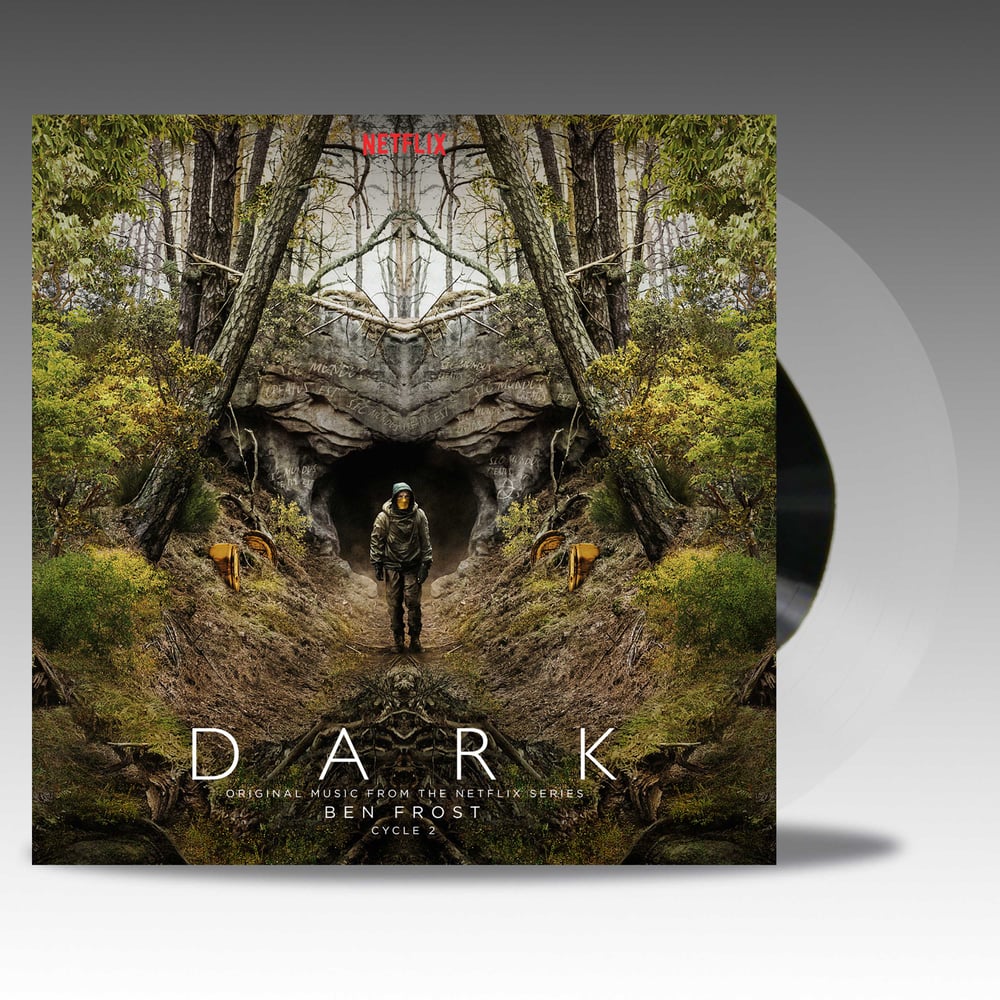 This is a Webshop Exclusive available through Lakeshore Records in North America and Invada ROW.

·The LP is pressed on ‘Transparent Natural
W/ Black Blob vinyl, and comes housed in a heavyweight spined sleeve with beautiful artwork throughout. Also included is a 17”x11” fold out poster with additional artwork, and a digital download card which features the full score along with 8 exclusive unreleased bonus tracks.

·The Daily Beast notes that Frost’s “foreboding score” aids “what is fast becoming a monumental work of sci-fi intrigue.”

·For the surreal German supernatural thriller, Frost’s dynamic and ominous orchestrations provide a striking backdrop. Says Frost: “Working in this strange and beautiful world of light and shadow has been a gift and an endless source of inspiration”.
·Ben Frost is an Australian composer and producer based in Iceland. His albums include: Steel Wound (2003), School of Emotional Engineering (2004), Theory of Machines (2007), By the Throat (2009), Sólaris (with Daníel Bjarnason) (2011), Aurora (2014), The Centre Cannot Hold (2017), Fortitude OST (2017, 2018) and more.
·The award-winning mystery series DARK transcended borders and connected with audiences around the world. The second season continues the story of four families and their attempts to change their fate within their tightly knit community. Through eight hour-long episodes, they experience how every decision irretrievably influences the present, the past and the future.