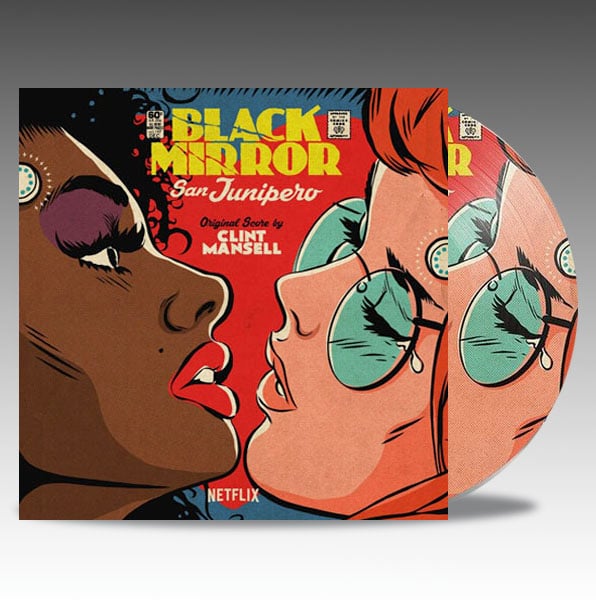 The score to San Junipero is a melancholic and nostalgic synth-orchestral ambience, which transcends the ‘80s setting of the show, interweaving forlorn strings, static-tinged electronica and beautifully washing orchestral pieces alike. Enticing and repeating melodies feature against a captivating backdrop of graceful strings, encapsulating the on-screen mood perfectly. Clint Mansell is well known for his previous work on PI, Requiem For A Dream, Moon, the 'Ivor Novello' Award nominated High Rise and The Fountain for which he received a Golden Globe Nomination for Best Original Score, alongside many more.

The package has been lovingly designed by legendary Brazilian artist Billy The Butcher, known for his art pieces and illustrations based on the contemporary Pop Art movement. His work has a strong vintage comic book and street art influence, whilst also making use of pop culture references in music, cinema, art and politics.