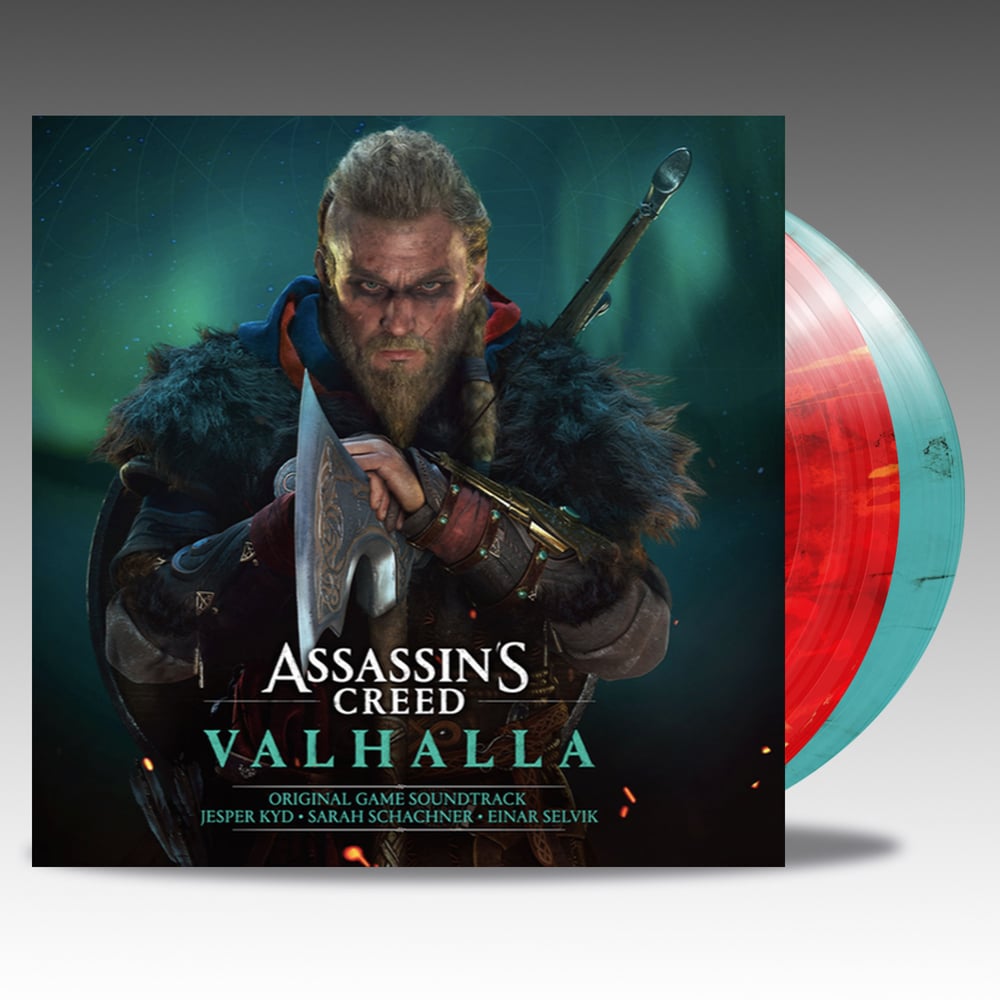 Assassin’s Creed Valhalla takes place toward the end of the ninth century, a time when Norse tribes were leaving their homes in Scandinavia and sailing to the collection of fractured kingdoms known as Anglo-Saxon England. It’s here, during this age of transition, that you’ll take on the role of Eivor and lead your people to a new land in the search for a new home. As you embark on Valhalla’s epic Viking journey, you’ll lead deadly raiding parties, fight in massive battles, and build up a prosperous settlement, all within the historical backdrop of ninth century England.

“Valhalla marks the first time the two of them have worked together, and the sheer size and scale of the Viking-themed soundtrack is all the better for it.” (re: Sarah & Jesper) spin.com

Track Listing:
Jesper Kyd Disc
SIDE A:
1A Out of the North
2A Leofirth’s Honor
3A The Bounteous Earth
4A Kingdom of Wessex
5A Son of Fjord
6A Absence of Light
7A Leaving Valhalla
SIDE: B
8B Kingdom of East Anglia
09B Shadow – Walker
10B Valhalla Nights
11B Silent Ambush
12B Animus Anomaly
13B Ezio’s Family – Ascending to Valhalla (featuring Einar Selvik)

Sarah Schachner Disc
SIDE A
01 The First Departure
02 The Swarming
03 The Fate of East Mercia
04 Asgard Hall of the Aesir (feat. Einar Selvik)
05 Blood Red Sails
06 Frozen Lands
07 Wave Walker
SIDE B
08 The Sceptred Isle
09 The Bearded Axe (feat. Einar Selvik)
10 The Tree of Life
11 Trust the Currents
12 Father of Gods
13 Rivers and Fjords
14 Fury of the Northmen
15 To the Next World

Maximum 4 x copies.
Please note image is a mock up and color/effect may change.